Most popular acting methods and techniques

Acting has been around for along time, and art itself has a way of evolving with the time they’re set it. Artists have been pushing the conventional norms of what was expected of them since Michelangelo and Picasso. The same is true of acting, so performances can be achieved through various different means because of the constantly changing cultural atmosphere.

So, systemised acting techniques are regularly taught at drama schools to help broaden the horizons of anyone looking to enter this field. You may specialise in a specific area, but the crux remains the same; understanding the creative minefield that you’re about to step forth into, and knowing how to deal with them when confronted by them.

Here are a few of the most popular:

Konstantin Stanislavski is a name you are no doubt familiar with, or expect to know it like your own. His technique is, perhaps, the most universally accepted method to which you can approach acting. The idea stems from the firm basis that an actor must feel the emotions that the character is experiencing every time they come onto the stage. According to Stanislavski's method, the actor must think, act and behave truthfully as the character would; ergo becoming one with the character. Going into the details of how a character would behave in certain situations and looking for genuine psychological reasons as to why the character is doing what they’re doing. This pushes the actor into embodying life on stage.

You are living a life and suddenly you’re thrust into the situation (given circumstances) that is happening on stage. Forget the audience, that’s the fourth wall, you’re just living your life with these seemingly innocuous happening and then BAM… Something offensive happens. What do you do? What if this happened to you? What would you think and how would you act? Everybody has a desire in how they’re behaving right now (Inner objects), whether making someone do something or doing something yourself. The big question is what yours (the character’s) would be in these fictitious moments and how would you achieve them?

Sanford Meisner looked to expand on the teachings of Stanislavski in progressing how the character thought. The practises involve a complex training structure that works on your improvisational skills, bringing forward your emotional responses, interpretation the script and finally adding them all together in a life-like manner to bring out the characters traits with your own experiences bursting out in the work. The actor shouldn’t have to think on stage, he should be in the moment and react accordingly. Meisner’s technique focusses on the overarching emotion of the character, as opposed to the playwright’s words that run in parallel. 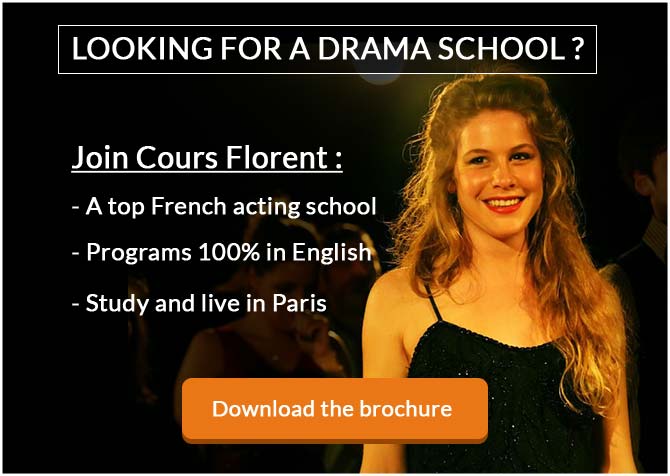 Movement is an integral part in acting, believe it or not. If you stood still delivering lines or went to kick a laundry basket the same way you take a step, it would look strange. Laban aimed to collect all the ways in which human movement could be examined and went further in quantifying it than anybody else.  Focussing on 4 main categories (Body, Effort, Shape, Space), understanding the relationships between each of them can help a performer characterise their role on stage by utilising aspects differently.  As such, Laban movement should be at the core of any actor's training.

Michael Chekhov was Anton Chekhov’s nephew and Stanislavski’s proclaimed ‘greatest student.’ He knows a thing or two about acting and, using Stanislavski’s as the basis, created his own beast as a way of approaching it. The subsequent direction leant upon the idea of splitting your being from the character’s, diminishing your ego and ways of life into nothingness so that only the character your playing remained. Chekhov's technique It’s about letting go of everything when you enter a creative space so that all the preconceived fears and doubts you have, are overcome by just the character’s mind frame. To Chekhov, inspirational performances are not brought about by stabbing wildly in the dark, but by careful preparation to enter the right space mentally. Thus, allowing you to meld into whoever you want to, boldly and uniquely. After all, Actors are meant to capture the human spirit in a stunning and different way – if you aren’t a chameleon, then what sort of actor are you?

You’d just be a representation of a character, not the character itself.

(That is the worst insult an actor can receive)